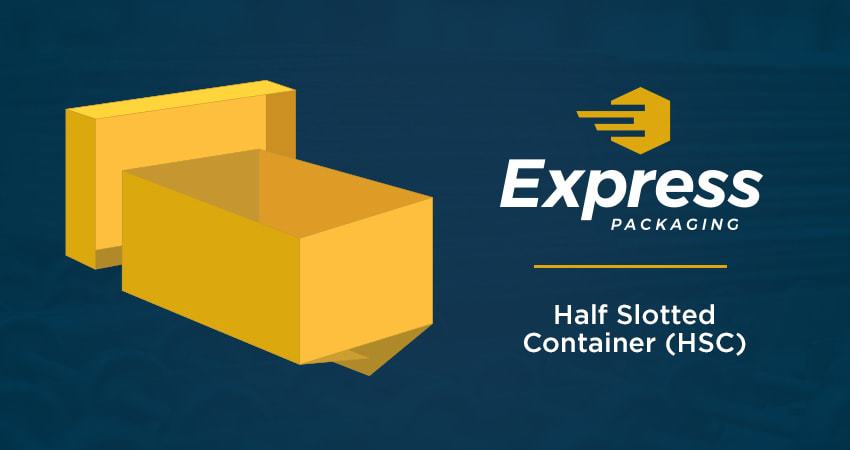 The Flap About Half-Slotted Containers (HSC)

As previously stated, HSCs only have flaps on the bottom; their tops are open unless they have lids. It’s the kind of carton that is necessary when customers require open cardboard bins or boxes with an option for a solid lid (smooth surface without flaps) that is easy to slide on and off. These lids sometimes are referred to as trays.

In shipping, HSCs often are used for goods traveling short distances, such as within neighborhoods or metro areas. For example, bottled liquids, such as water and wine, might ship in HSCs from area bottlers to local restaurants and groceries.

Why Some HSC Cartons Are Called Telescope Boxes

Think about the construction and movement of a telescope. It is comprised of at least two cylinders with one tucked inside the other. Now, consider a box composed of two closely fitted trays neither of which has flaps. One of the trays is slightly larger so it can slide telescope-style over the other tray. Both trays may be the same height or the lid may be two-thirds the depth of the bottom tray. This is a telescope-design box.

But some customers choose telescope boxes comprised of what are basically two HSCs, with one flipped upside down as a lid. These boxes may be the same depth (full telescope) or the one used as a lid may be only about two-thirds the depth of the box it covers. Unlike a standard telescope design, a telescope HSC has flaps top and bottom.

The uses for an HSC container are endless, but there are a few common industries that you will likely find these products being used. Producers of printer paper for example, typically pack numerous ream packages inside lidded HSCs. Retailers of goods ranging from clothing to toys use HSCs as dump bins filled with specials on end caps or near cash registers.

A supermarket is a good example of a business where you’ll find both open and telescope HSCs. Grocery dump bins may be decorated with colorful flexographic direct printing (one of Express Packaging’s many capabilities).

Workers in the produce section of the store may stock shelves with fruits and vegetables packed in full telescope HSCs that are ventilated to avoid moisture damage. The box-on-box construction provides greater strength to protect the contents.

A Boxing Company Meeting Many Needs

Express Packaging specializes in producing custom and stock corrugated containers for the shipping and storage needs of Southeast customers. We serve businesses of all sizes and types. Please contact us today for answers to your questions or to request a free quote.